Home > Minyard Plumbing, Inc. Blog & News > Is the Use of a Garbage Disposal on its Way Out?

Is the Use of a Garbage Disposal on its Way Out? 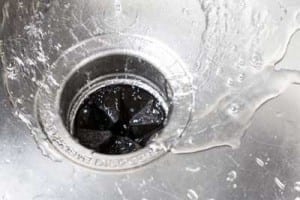 It seems that everywhere you turn, there is some new regulation in place that focuses on being environmentally friendly. One of the newest concerns is that the use of a garbage disposal is wasting water and that it permits too many solids into the septic or sewer system. There is definitely some truth to both of these assertions, and this may mean the days of having a garbage disposal may be numbered.

The EPA long ago recommended that garbage disposal systems not be used in homes with septic systems, and the same concerns are in play for waste going to treatment plants. Using a garbage disposal according to the instructions means running the water on full during the process and for at least 15 seconds afterwards. Even with today’s low flow faucets, that is still quite a bit of water.

The fact is that even knowing the downsides of using a garbage disposal, it is difficult to argue the convenience of getting rid of that leftover soup that would have likely leaked out of the garbage bag had you disposed of it that way. The key is to try to minimize its use as much as you can, which could save you a few plumbing woes down the road as well. For example, composting is a great way to minimize the scraps you put down the garbage disposal.

It is not likely that you’ll see the garbage disposal suddenly come off the shelves and disappear forever, so there is no rush to go out and get a new one. However, if your garbage disposal is older, it may not be working in the most efficient way. Give us a call at Minyard Plumbing, Inc. in Hickory, North Carolina, and we’ll get you set up with a modern and efficient one that is better for the environment.

If you are looking for a professional, reliable, well-established and trustworthy plumber in the Tri-county area, you need look no further than Minyard Plumbing Inc. This family owned and run company has been serving residents and businesses in North Carolina for more than 35 years. With customer service being at the top of Minyard Plumbing’s priority list, its technicians and staff are trained to handle all plumbing issues that include drain cleaning, sewer pipe problems, clogged toilets, and water heater leaks. Minyard Plumbing is also licensed to sell and install Rinnai water heaters.